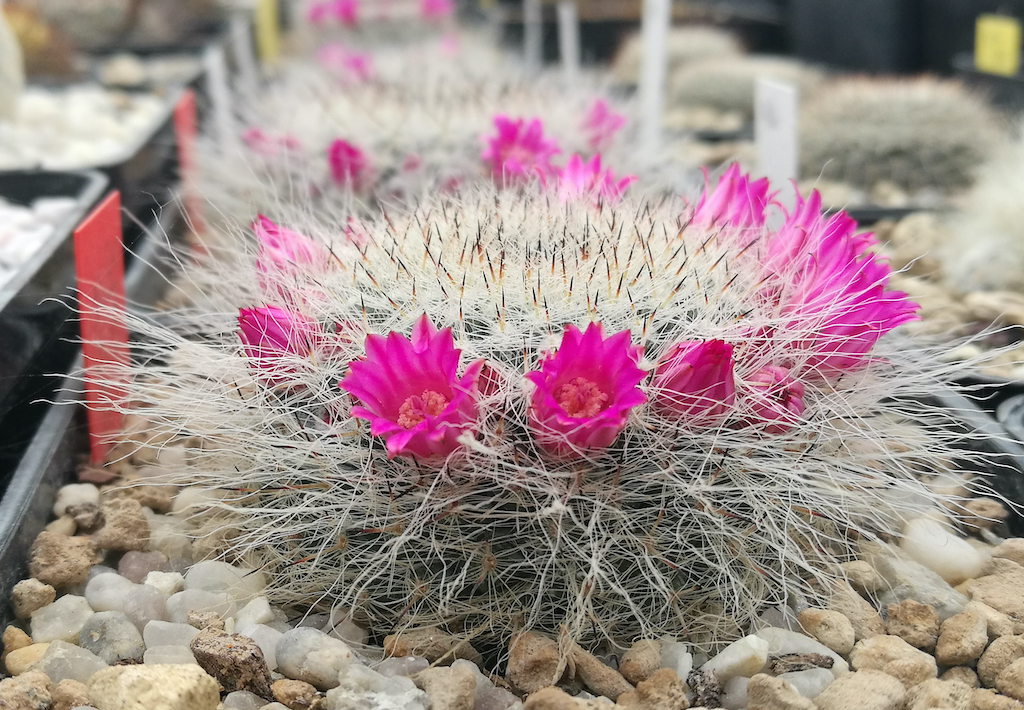 Mammillaria, Turbinicarpus, Ancistrocactus, Echinocereus, Lobivia. These are just some of the many kinds of cacti that bloom in the month of April, in late spring. In this time of year, with the increase in temperatures and with the first waterings, it can be said that the cactus blooms really come to life to follow one another continuously until summer.

In this photo gallery we see some of the blooms of these days in my greenhouse.

Different kinds of cactaceae have early blooms, such as many Turbinicarpus, many Ancistrocactus, Stenocactus, some Mammillaria. However, it can be said that most of the species begin to open flowers in the month of April, starting from the second half and throughout the month of May, when the Astrophytum with their golden yellow flowers are added.

Most of the blooms, in April, belong to the genus Mammillaria. The species belonging to this genus that bloom in this period are really many. Their blooms are always abundant, very showy: if in fact the single flowers are small, the flowers that open at the same time are very many and form the characteristic “crown” at the apex of these plants. Among the most generous species, certainly M. hahniana, M. senilis, M. lasiacantha, M. chionocephala.

Very generous are also the Turbinicarpus, which give their blooms throughout the months ranging from March to late September. Equally generous are the Strombocactus disciformis, re-flowering almost all year round.

Cactus cards, to know everything about the various kinds of cacti.

Below is a rundown with some of my blooms from this period. To make cacti bloom in all their abundance, you can read this specific article.