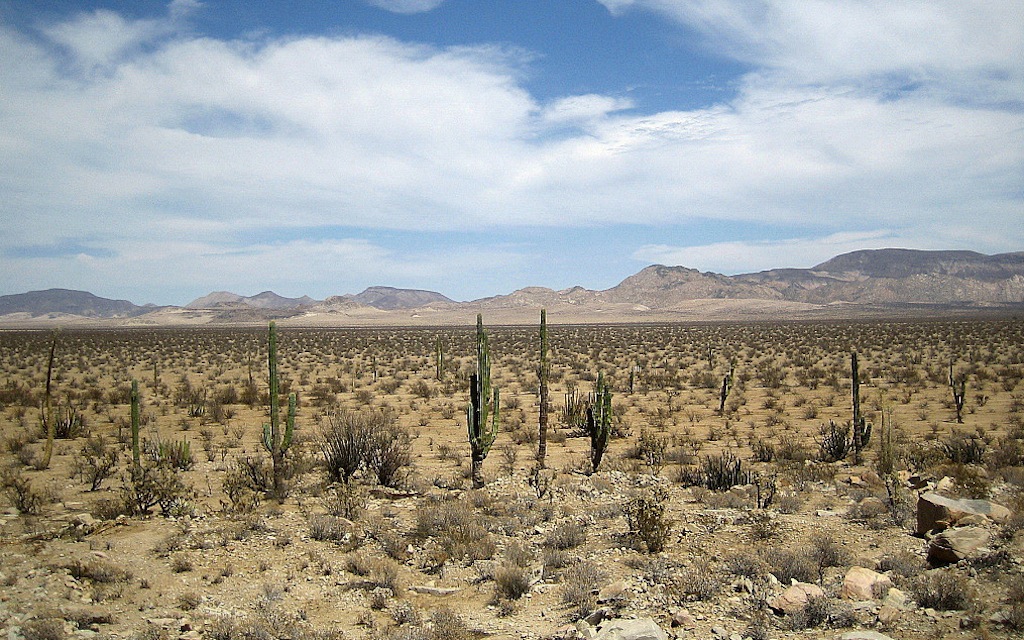 The first cacti to end up in my hands were three small columnar ones. Those supermarket standard plants put in a two-inches pot. They were a gift and came from the store of a well-known Swedish chain, where they sell seedlings at the checkout, not even if they were ornaments. It was around 1997 or so. As a total ignorant on the subject, I tried to take care of those strange plants. And a few months later, I ended up with three blatantly etiolated cacti. And here I was thinking miraculous growth!

A little handbook on succulents – another gift I received later in life – made me realize I wasn’t on the right track. I mean, there was a big difference between my plants, which were a dozen, and those in the book. So I decided to give that manual a serious reading, flip through it, and look at the photos. And something I understood. For example, that cacti want a lot of light (duh!), and that growing them on a north-facing windowsill is not really advisable.

More than twenty years have passed since those first tragic steps, and my passion for these plants has only grown. I moved from a north-facing windowsill to two small balconies (facing south!). Then to a small greenhouse. Finally, a few years ago, I moved to a six-by-ten meter professional greenhouse in the open country, here in North Italy. Within a couple of years, this greenhouse was already full, me keeping many of my plants outside the greenhouse. But those who share this passion know: either you decide to give up everything and dedicate yourself to something else, or you are condemned to fill your life (and maybe your house) with thorns, potting soil, pots, books and magazines that say everything and the opposite of everything about “succulents”.

During the first few years, I grew my cacti (and a few leafy succulents and some Agaves and some Lithops and some Euphorbia…) the traditional way. In fact, at first, I was using those ready-made potting soils that say they’re specifically for succulents but in the end are nothing more than 90% peat and, if you’re lucky, 10% pumice (if not sand). Then, reading here and there, I switched to “traditional” potting soil, the classic peat/pumice/lapillus in equal parts. However, in the meantime, I got hold of and read “Le mie piante grasse” [“My succulent plants“] by Giuseppe Lodi. It was just at that point that a world opened up to me, with the founder of Italian cactophiles speaking “trivially” of natural materials such as field soil, gravel, leaf mould.

In short, thanks to the Internet, I have documented myself and changed my growing style. I have seen photos of plants in nature, and I have seen plants in habitat during some of my trips to Mexico, Arizona, California, Sierra Nevada. Then I discovered and met in person Andrea Cattabriga, a worthy heir of Lodi, and his “wild” cultivation carried out with a truckload of marl (don’t you know what marl is? Find out at this link!). Finally, through Facebook (and later in-person), I met several talented cactophiles who share a common goal: to grow cacti and succulents in a way that resembles as much as possible the plants in the habitat.

Result? For the past ten years, I have embraced the “wild philosophy”, focusing more on outcomes than conflicting dogmatic positions (in this restricted circle of enthusiasts, what is valid for one may be heresy for another). I sow and cultivate my cacti, trying to obtain natural plants, robust and similar to those you see where they grow wild (at this link, you can find my summary article on the cultivation of cacti and succulents, in general).

In this site (the english version of the site I opened in Italian in 2017), I will try to talk about all of this, with absolutely original texts, the fruit of my intellectual elaboration and written by me (therefore covered by copyright): about how I grow my plants, the materials I use, the experiments I make. Of my results and my failures. Not only: since I am a professional journalist, I thought to use this blog also as a “magazine” for all cactophiles. For this reason, I will try to let other growers, collectors, experts in the field, nurserymen talk (without any promotional purpose and free of charge for me, and for them, of course).

Enjoy browsing and growing, possibly “au naturel“… and remember that you can find me also on Instagram and Facebook! If you want to contact me, you can use the messaging systems of these two social networks!

If this site is for you and you want to freely consult all its contents, you can subscribe through this link.

Here, instead, you can find some free contents to have a small example of how this site is made.

All the photos published on this site were taken by me, except where indicated (on this page, you can see a shot from my trip to Baja California – Mexico). The homepage’s main illustrations and the logo are made by my partner, Alessandra, who, not coincidentally, works as a graphic designer.