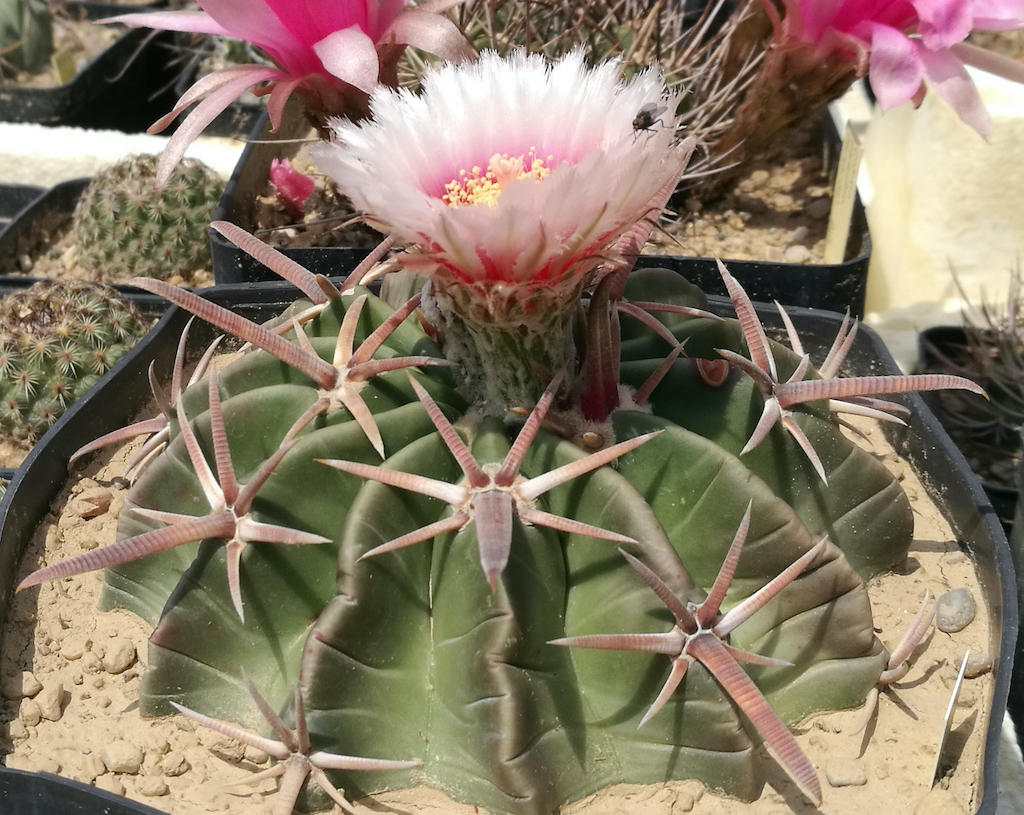 The following is an in-depth article on the Echinocactus texensis species that I wrote some time ago and which, with my great pleasure, was published in the Cactus World magazine, published by the British Cactus & Succulents Society (BCSS). My thanks to editor Al Laius for the publication in the prestigious magazine. 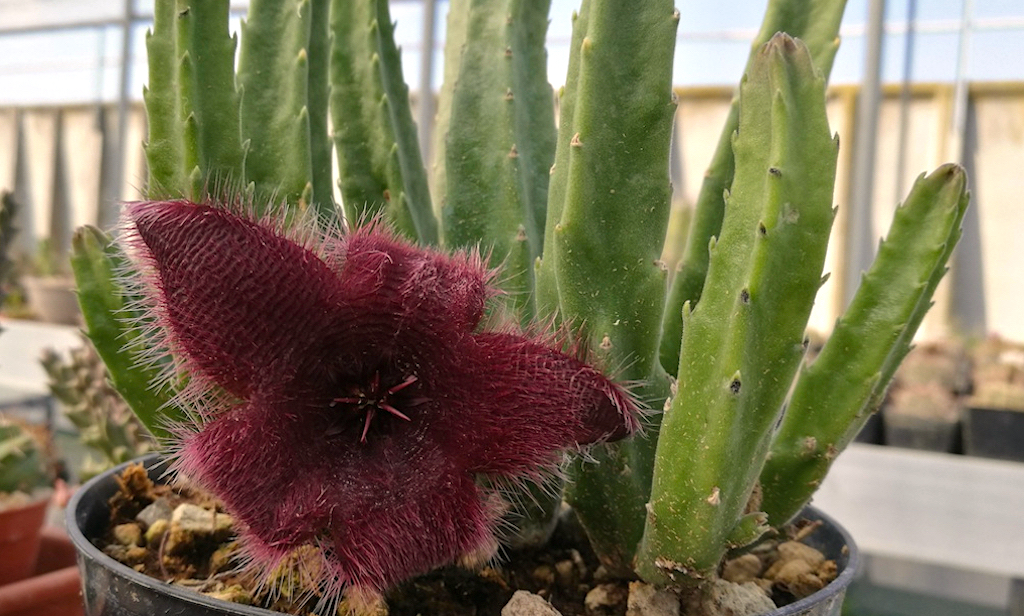 Although more than twenty years have passed, I still remember my first encounter with an Asclepiadaceae. A few years ago, I approached the world of succulents, and I went to visit a nursery just outside my city. I had been browsing among the succulents for quite a while when the owner of the nursery, an elderly but very chirpy lady, noticed me and my interests in plants, approached me and said: “Do you want to see a succulent plant with beautiful flowers?” I said yes, of course, I wanted to see it, so she took me down a narrow corridor cluttered with plants and pointed to a large succulent in a hanging pot. It had thick fleshy, straight green stems with reddish edges, and from one of these stems hung a big star-shaped flower with elongated, thin tips and shaded yellow petals crossed by tiny dark streaks. “Come closer, sniff how good it smells”, the lady said to me, passing from a restrained smile to an open, fat laugh, as soon as I obeyed and immediately withdrew, disgusted by the smell of rotting flesh that from that flower had entered right into my nose.

Keep on reading the article (…) 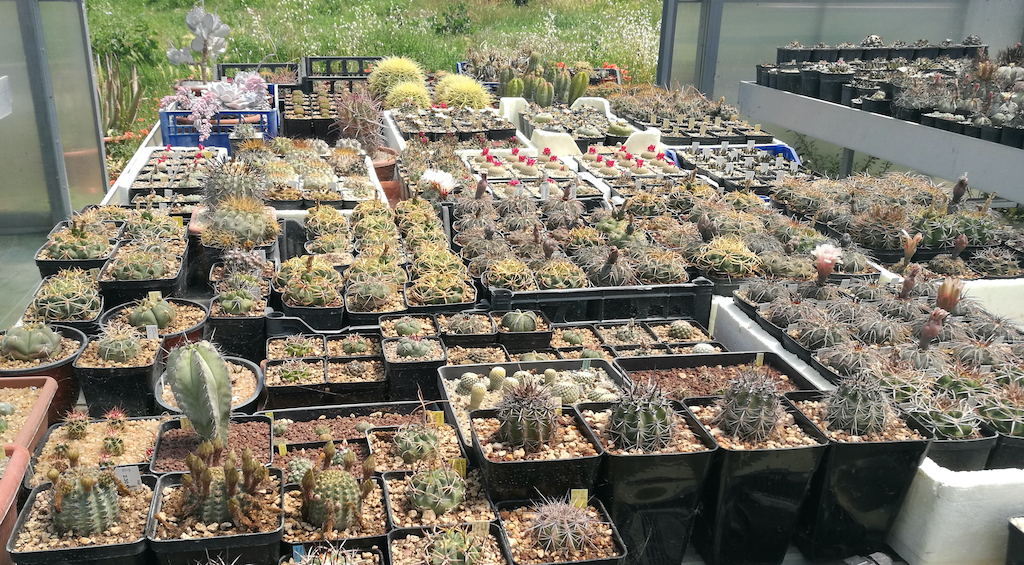 Even in Northern Italy or, generally speaking, in Europe, September is usually a good time for cacti and succulent plants in general. Temperatures drop considerably, there is still plenty of light, and many plants start to vegetate again after the slowdown or stagnation of August when the highs are very high, and many succulents stop to save energy. However, September is also an important month ahead of the fall and winter season, when cacti and succulents stop growing altogether and allow themselves a long period of “rest” while waiting for the new growing season. It’s therefore decisive to accompany the plants on their journey and make the right treatments to arrive in the fall with healthy specimens and ready for the months of drought. Fundamental, for example, is the irrigation regime in this period.

In this article, we see what you need to do this month for keeping cacti and succulents in perfect health, even preparing them for winter diminishing the risk of rot and loss.

Yes, it can be grown but not sold… no, it cannot be cultivated nor sold… Yes and no at the same time: only young specimens can be raised because, after seven or eight years, the plant produces the notorious mescaline, and it becomes illegal (therefore, it must be incinerated???). Yes, you can keep it, but only if purchased before 2006, because it’s from that year that the plant was included in the “Testo Unico sulle Droghe” (Law-framework on drugs). In Italy and in many other European countries, about the cultivation of Lophophora williamsii (a Cactaceae also known as “peyote” or “peyotl”), people have been said everything and its opposite. This is because in Italy and in some other European countries, the possession and the sale of this cactus have been the subject of normative interventions, but, as it often happens, laws are muddled, lacunose, obscure and, from a logical point of view, sometimes not very coherent. For example: in the tables attached to the Italian law on drugs, it is mentioned only Lophophora williamsii, when cactus experts know very well that of Lophophora, besides williamsii, there are several other species: decipiens, diffusa, fricii, koehresii, alberto-vojtechii.

In this article, relying on official sources, we will know better this particular kind of cactus and see in detail what the Italian law exactly says. Please remember that this plant is illegal in Italy as well as in other states, so you better check the legislation of your country to avoid taking risks! (…) 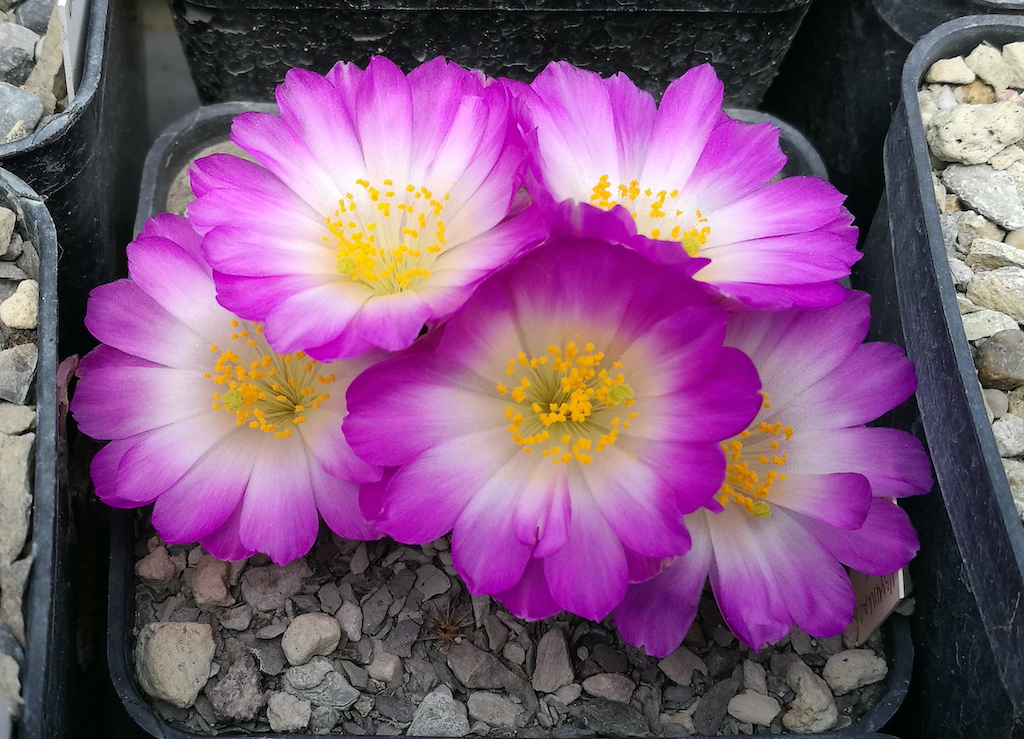 Unlike what usually happens with cacti, Mammillaria luethyi was first observed by a researcher not in its habitat but in a… coffee can. Weird? Wait until you read the whole story, then. Yes, because the discovery of this species of Mammillaria is relatively recent (half of the Fifties of the twentieth century) and still today we cannot certainly define it as a widespread plant in cultivation or regularly available on the market. Nevertheless, it’s one of the most fascinating species among Mammillaria, one of the most intriguing and undoubtedly the one having the showiest flowering, and at the same time delicate and charming.

As a counterbalance to these qualities, there are some difficulties in cultivation and the tendency of the root to rot: these aspects, in addition to the slowness in growth, make M. luethyi reserved for pure enthusiasts and experienced cactophiles, although with not a few difficulties.

The following article was published in Volume 61, Issue 2 (May 2021) of the Journal of The Mammillaria Society. Thanks to the editors for their welcome publication.