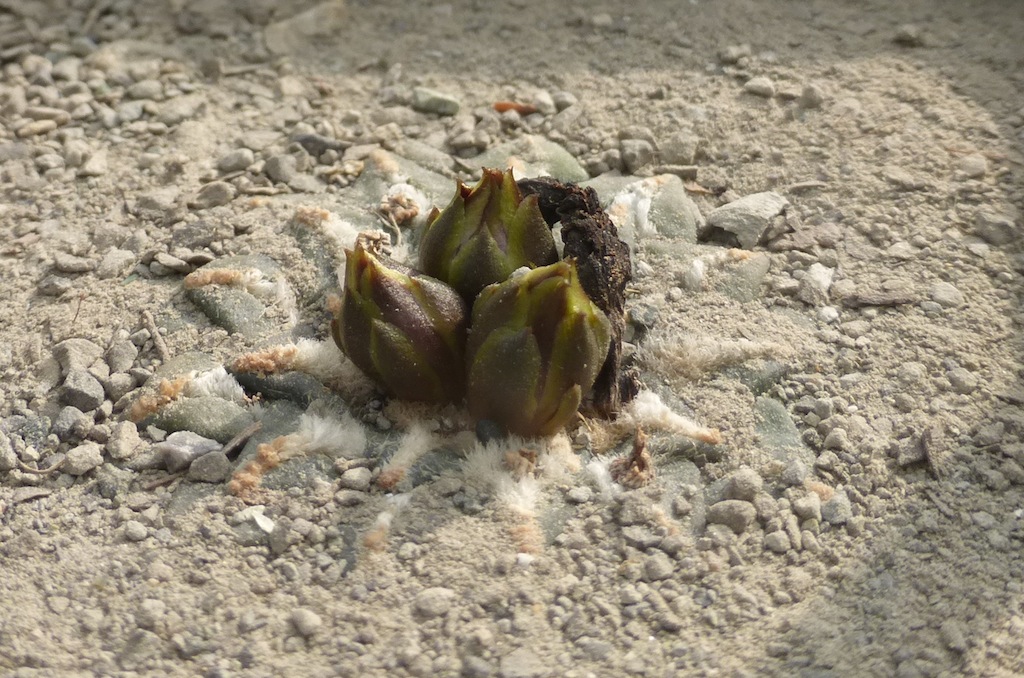 I grow my cacti and, more generally, my succulent plants in many ways. My aim, however, is always the same: to grow healthy, sturdy plants possibly similar to those in the natural habitat. In this, first of all, I was inspired by the most experienced Italian cactus’ grower, Andrea Cattabriga, who I am lucky enough to know. Cattabriga’s work, which is the “wild cultivation”, has been refined in years of experimentation, starting from the suggestions of the “master” Giuseppe Lodi (italian pioneer in cacti and succulents cultivation), that Cattabriga knew in person many years ago.

In recent years, as I seemed to see from social media but also from direct comparison with other fans at events or exhibitions of succulents, the philosophy of “natural” cultivation of cacti and succulents has spread a bit all over Italy. An excellent hub for the exchange of information on cultivation is the group “Wild grown cacti and succulents” on Facebook, run by some enthusiasts who were also inspired by the work of Cattabriga.

The name of the group already says a lot, and I think it’s not by chance if the word “wild” was adopted by the cactus’ grower lexicon, referring to cultivation that aims to obtain specimens in “captivity” similar to those we can observe (live or thanks to the Internet) in their places of origin such as Mexico, the United States and South America.

We can say, in summary, that the “wild” cultivation is an alternative to the “traditional” methods, which too often lead to having specimens that for shape, colour and thorns differ significantly from those in nature.
On this site, I will deal in detail with the factors of cultivation such as exposure, materials and substrates, watering regimen, temperatures, fertilization… I will do it, of course, based on what I have learned directly, for better or worse.
You can experiment with all the factors of cultivation, for example from the partially filtered light of a greenhouse to full exposure to direct sunlight; or from using normal water from our wells (or taps), often calcareous, to rainwater, more acidic. Not to mention the composition of substrates, a topic on which a whole world can be opened. With a little bit of courage (destroying beliefs that have become dogmas and dismantling preconceptions is never easy) and a good dose of inventiveness and willingness to experiment, you can obtain impressive results. And maybe discover that the Ferocactus we have always seen with spines only a few millimetres thick can develop real “cutting weapons” not too dissimilar from its brothers in Arizona.

Finally, many cactus enthusiasts, have become real artists in “landscaping”. They carefully observe photos of plants in habitat, not limiting their gaze to the plant but widening it to the surroundings, and reproduce in pots a small corner of Mexico, Argentina, Texas, with rocks, weeds and non-succulent wild plants. They also often read up on the chemical and structural composition of the soils to look for materials with geologically similar characteristics to those of the habitat. I very much admire them: they have patience, creativity, and enviable skills.

I’m more focused on the plant, trying to make it sturdy, lived-in and prickly (almost!) as in habitat. Sometimes I play with rocks and twigs a bit, but most of the time, as far as what surrounds the plant is concerned, I’m happy to make a layer of clay (or marl depending on the genre) topsoil that might remind me of what I’ve seen on a few trips.

If you’re curious about landscaping, watch this video. Here the intent is more decorative than really “wild”, but the basic idea is the same: to take home a little piece of desert.

Here below you can find several links to articles on this site that can complete the information condensed so far.

How to repot cactus

When and how fertilize cacti

How to sow cacti and succulent plants

© The texts, videos, photos and graphic elaborations of the site “Il fiore tra le spine” (included the maps in these pages) are original material and are covered by copyright. It’s forbidden to reproduce them in any way.